Black Inventions We Can’t Live Without: Part 3 of 3

Before finishing out this week’s focus: Black Inventions we Can’t Live Without – and should mention, that if you haven’t already, please do go and check out our prior blogs from this past week on the subject: (https://suntexllc.com/blog-blackinventionswecantlivewithoutrefrigeration/, https://suntexllc.com/black-inventions-we-cant-live-without-part-2-of-3/). However, I would like to take a moment to focus on one element of these posts: author.

I feel it’s important to view history through the cultural and professional lens of those telling it. For that reason, I seek authors that may have a clearer viewpoint than I could have on the subject matter and quote/publish their stories and works instead of highlighting anything I might be able to write. To that end, I’d like to highlight some of the important and gifted writers we’ve featured this month thus far, whose discoveries and/or inventions in Black Content have helped to tell an untold story about U.S. history (to name just a few, in order of appearance within this blog):

Thanks to these influential writers and creators, we were able to learn a lot this month already, however there are a few more folks I would like to call attention to from these sources specifically. During most of the prior year, the focus of the SUNTEX blog has mostly been about environmental sustainability – I mean, we are an environmental home-energy company after-all. However we’ve also done a series on the historical background of lighting, insulation and cooling, and the “invention of electricity” (link here: https://suntexllc.com/historical-figures-from-lightening-to-lighting/). However today’s inventions build a more wholistic picture of early inventions that are critical to today’s home-energy discussion: from computer science and data analysis, to the invention of home security systems.

Though we briefly analyzed the start of several key inventions in the field of energy, and outside of it (see if you can find a few here: https://suntexllc.com/blog-standard/), it’s important to highlight Mark Dean, co-creator of the color monitor – something we use daily to work/study/learn/communicate/watch/build. 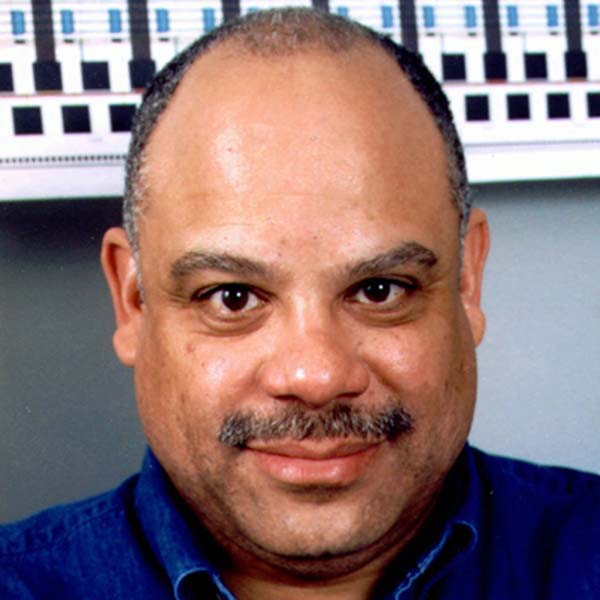 Mark Dean was born in 1957 and has helped to create some of the most profound changes to our daily lives that we still see today. For a full look at his biography, check out the following link, https://www.biography.com/inventor/mark-dean, which tells us just who he is –

Who Is Mark Dean?

“Computer scientist and engineer Mark Dean helped develop a number of landmark technologies for IBM, including the color PC monitor and the first gigahertz chip. He holds three of the company’s original nine patents. He also invented the Industry Standard Architecture system bus with engineer Dennis Moeller, allowing for computer plug-ins such as disk drives and printers.”

According to BlackPast.org, in their biography titled,

“Dr. Mark Dean, an American inventor and computer engineer, is one of the most important figures in the emergence of the personal computer in the late 20th Century. Three of the nine patents on the original personal computer (PC) by International Business Machines (IBM) are registered to Dean, making him a key contributor in the development of the PC.”

[and later within that same article],

“Dean was hired by IBM as a chief engineer on the personal computer project at a time when the PC was just beginning to emerge as a major consumer item. The first IBM personal computer was released in 1981. It began with nine patents including three from Mark Dean.” https://www.blackpast.org/african-american-history/dean-mark-1957/

So I think it’s safe to say that given the modern marvel that is the cell phone – and the expectations that this technology not only place calls but also act as a tiny computer – are in large part thanks to the work of Mark Dean and his colleagues, but his accomplishments didn’t stop there.

“Over the course of his career Dean climbed up the ranks at IBM eventually becoming a Vice President and overseeing the corporation’s Almaden Research Center in San Jose, California. He also served as the chief technology officer for IBM Middle East and Africa. Dean is also the John Fisher Distinguished Professor in the Department of Electrical Engineering and Computer Science at the University of Tennessee. In 2018 he was named interim dean of the university’s Tickle College of Engineering.

Dr. Mark Dean has been honored by numerous organizations, and in 2001 he was elected into the National Academy of Engineering, the most prestigious professional society for engineers in the country. Dr. Dean continues to contribute to the evolution of the personal computer.” https://www.blackpast.org/african-american-history/dean-mark-1957/

To say Mark Dean’s career has been impressive is perhaps an egregious understatement, and whatever the right words may be to describe such a man, impressive definitely makes the cut. Why though would we feature his work in a solar blog?

Well, those who are familiar with the solar industry, and to some extent, the research needed to improve it, know that we have a lot to thank Mark Dean for. If not for his accomplishments, how would we be able to measure and improve upon inverter-data efficiency in monitoring and reporting? How might we compare solar companies and solar panels online to determine which were right for our customer, and then communicate that quality and detail to them? Certainly not without color-screen-monitors or higher data processing microchips, and thankfully now, we won’t have to.

Another important feature of modern-day home improvement is the home security system. At SUNTEX we feature several of them on our ‘Security Products’ page (https://suntexllc.com/security/), and we understand the importance this service holds for our residential customers. However, one thing I’m guessing many readers did not know: this technology was invented by a nurse, and African American woman in the sixties, Marie Van Brittan Brown.

Who is Marie Van Brittan Brown?

For help with this subject, we again turn to the writers at blackpast.org, whom had this to say about her:

“Marie Van Brittan Brown was the inventor of the first home security system. She is also credited with the invention of the first closed circuit television.  Brown was born in Queens, New York, on October 22, 1922, and resided there until her death on February 2, 1999, at age seventy-six.

The patent for the invention was filed in 1966, and it later influenced modern home security systems that are still used today. Brown’s invention was inspired by the security risk that her home faced in the neighborhood where she lived. Marie Brown worked as a nurse and her husband, Albert Brown, worked as an electronics technician.

Their work hours were not the standard nine-to-five, and the crime rate in their Queens, New York City neighborhood was very high. Even when the police were contacted in the event of an emergency, the response time tended to be slow. As a result, Brown looked for ways to increase her level of personal security. She needed to create a system that would allow her to know who was at her home and contact relevant authorities as quickly as possible.” https://www.blackpast.org/african-american-history/brown-marie-van-brittan-1922-1999/

“Brown’s security system was the basis for the two-way communication and surveillance features of modern security. Her original invention was comprised of peepholes, a camera, monitors, and a two-way microphone. The final element was an alarm button that could be pressed to contact the police immediately.

Three peepholes were placed on the front door at different height levels. The top one was for tall persons, the bottom one was for children, and the middle one was for anyone of average height. At the opposite side of the door a camera was attached with the ability to slide up and down to allow the person to see through each peephole. The camera picked up images that would reflect on the monitor via a wireless system. The monitor could be placed in any part of the house to allow you to see who was at the door.

There was also a voice component to enable Brown to speak to the person outside. If the person was perceived to be an intruder, the police would be notified with the push of a button. If the person was a welcome or expected visitor, the door could be unlocked via remote control.” https://www.blackpast.org/african-american-history/brown-marie-van-brittan-1922-1999/

Sound familiar? My mind immediately thinks of the modern-day phenomenon, the “Ring Doorbell” or the “Google Nest Doorbell,” which are fairly common-place items in houses these days. I personally can think of 3 friends that have them, and several of our customers, and swear by them as being helpful for both security, and communication for example for food deliveries and/or packages. However, that’s not all Brown’s invention contributed to, as the article lays out for us a little further down:

“Brown’s invention laid the foundation for later security systems that make use of its features such as video monitoring, remote-controlled door locks, push-button alarm triggers, instant messaging to security providers and police, as well as two-way voice communication. Her invention is still used by small businesses, small offices, single-family homes, and multi-unit dwellings such as apartments and condominiums. The Browns’ patent was later referenced by thirteen other inventors including some as recently as 2013.” https://www.blackpast.org/african-american-history/brown-marie-van-brittan-1922-1999/

Without the works of Mark Dean or Marie Van Brittan Brown, the home improvement industry overall would look very different today. The technological efficiencies created by the inventions of these two people have made it possible to move away from business-only computers and security systems to cheaper and more sustainable access to personal computers and at-home security systems. They’re technologies that helped to create the home-improvement landscape we see today, and I can say that all those with me at SUNTEX are incredibly grateful to both Mr. Dean and Mrs. Brown for what they did to help us get here!

Black Inventions We Can’t live Without: Part 2 of 3

American Cuisine: Farm to Table, Part 1 of Many The suspense was killing me, but Ally ensured me at every step of the way that the...